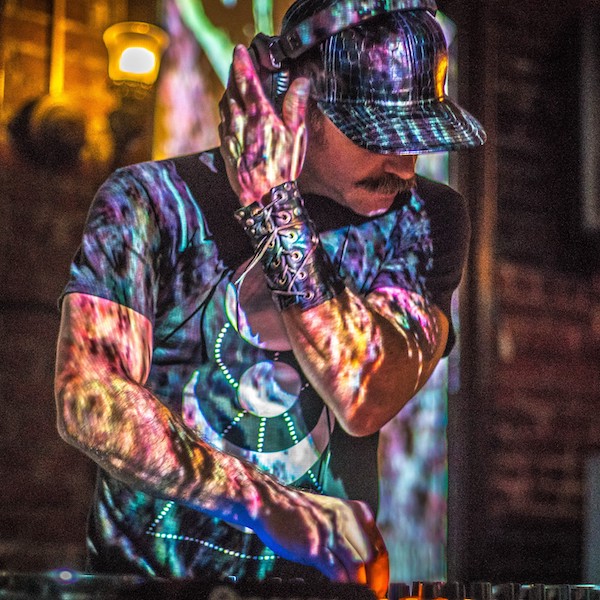 StormyRoxx is a Portland, Oregon based Queer DJ. He has been playing nearly 20 years for a variety of events ranging from small intimate gatherings to large festivals.

His sound reflects his lifelong passion for music, movement, and expression.
He finds further inspiration in the ways these elements help shape communities, whether through mainstream cultural relevance to sub-cultures, and Queer culture.
StormyRoxx is influenced by peculiar and uniquely textured sounds from genres including, but not limited to: techno, minimal, deep house, disco, post-punk, industrial/EBM, ambient/experimental, indigenous/folk, and rock. He cultivates a sound that is at times introspective and narrative, and other times a beat heavy and psychedelic sexual frenzy!

StormyRoxx loves to acquaint an inspired dancefloor with new music from new artists, but also aspires to produce his own music.

StormyRoxx currently produces and DJs a monthly Queer event called NoFOMO. He also guests for other events, local and abroad, as well as regularly appearing for annual festivals like Gays H8 Techno, SHiFT, and Burning Man.