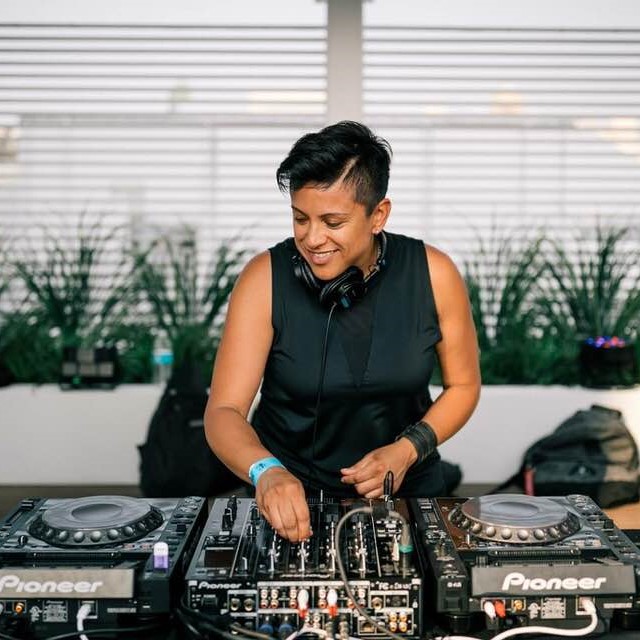 “A California native raised in Seattle from the age of 13, Julie Herrera considers the NorthWest home and Seattle takes pride in claiming her as their own.
In the early 90’s Julie was instinctively drawn to Seattle’s underground dance music culture. With her passion for the art of DJing, a ferocious appetite for varied styles of music and unbridled soulful style — once Julie took to the decks in 1996, she quickly made waves. Her residencies with the Hitgirl Collective and a few notable early queer fringe parties, such as HotMess and Kiss My Ass, had an important and long-lasting impact for her as an artist and the Seattle nightlife community, elevating herself and a host of other emerging female talent at the time.

With a career now past the twenty year mark, Julie is active as ever, lighting up dancefloors in Seattle and beyond. Her residency at the Re-bar’s beloved Flammable night, the longest-running house music weekly in the country, has established her among local legends.

Julie’s ability to take you on a journey from classic to modern house and techno stylings, tech-house, disco and afro beat is unmatched! A true artist with a captivating presence both as a DJ and performer, she is as much fun to hear as she is to watch. Moved and consistently inspired by the exchange between the dancer and the DJ, Julie will leave you with an electrifying, soulful, and uplifting dancefloor experience.