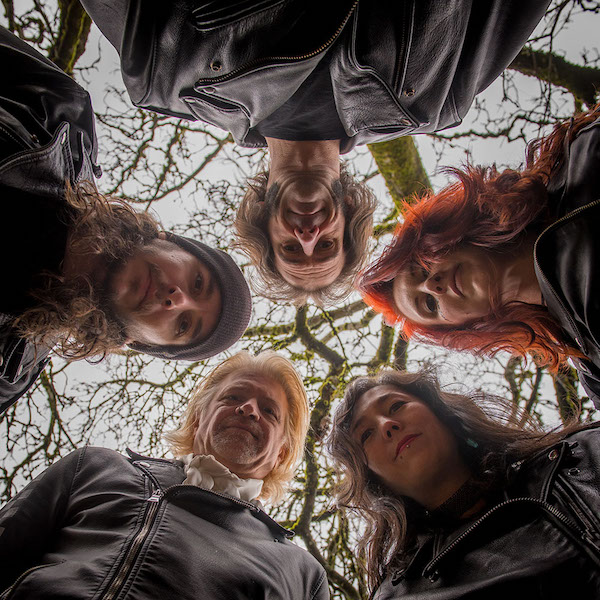 “Blending classic rock icons with modern progressive flourishes and song arrangements, The Shrike brings a unique and energetic sound to the stage. The Shrike is a female-fronted alternative rock band formed in 2013 and based in beautiful Portland, Oregon. This west coast touring 5-piece pulls the audience in with their engaging, playful and skilled performance and leaves people wanting more.

The Shrike has performed all around Portland at premier venues such as Roseland Theater and Dante’s, as well as many rock clubs a la Hawthorne Theater, Tonic Lounge, and Ash Street Saloon. Their talents have shined at various festivals including the main stage at Portland Pride Festival the last five years, SHIFT Festival 2017 and 2018, and Grrrlz Rock Music Festival in 2016 and 2017.

The Shrike has opened for international acts including The Slants, Zepparella, Jennifer Batten, Green Jelly, and Jennie Vee.

Working with the talented Kevin Hahn at Opal Studios, The Shrike released their eponymous debut album in April of 2015 and embarked on The Nomad Tour, a 7-state tour of the west coast to support their release. In 2016 the band recorded their follow up EP titled Chase the Sun and embarked on the Chase The Sun Tour, a second 7-state tour to support that release. The band enjoys being on the road and has journeyed on a variety of mini-tours in the Pacific Northwest over the years. With the addition of a second guitarist in 2018, The Shrike completed their Our Time Tour and are currently writing new music for their next release.”